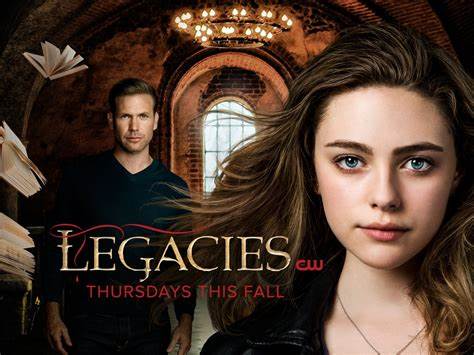 Legacies came back with a retro look and amazing plot twist.

We discovered last week, see here, that Josie still has her dark powers, but we could not have imagined the spice those powers brought to the show in this episode.

The start of this episode shows Emma putting the core characters (except Landon) into the Chambre de Chasse for a little magical therapy. While in there, they would discover something they did not know about themselves and She (Emma) would be there to guide them out. Things take a turn however when Emma is killed and thrown out of the Chambre leaving our beloved characters to fend for themselves.

The costume, the music and entire tone of the Chambre de Chasse world really set the mood for a classic murder mystery. Each character assuming a completely different role yet each somehow linked in some way. We see the characters killed off one after the other by Dark Josie (This was very predictable). The who not being a more of a mystery than the why.  Apparently, Dark Josie has taken over and the Josie we have come to know is gone.. maybe for good, maybe not. We will find that out in subsequent episodes.

Josie (Dark Josie), planned on using the Chambre de Chasse to trap Elizabeth’s mind. Doing this would enable her to completely absorb her during the merge in the physical world. A sinister, yet brilliant plan if you ask me. This brought to fore the fact that the merge between the twins was still a big deal. The merge has been talked about since the twins were born on The Vampire Diaries and it is just so very fascinating to see how the writers are handling it on Legacies.

Also, we got to take a break from Malivore and his monster minions. We did get to see The Necromancer haunt Raf both in the real world and in the alternate reality. My best guess is that Raf is dead given the marks we found on him. I sincerely hope that I am wrong tho. it would be unfair to Peyton’s character. We have seen him evolve on the show. Whatever the writer’s plans for Raf is, I hope it gives him some sort of respite, a happy ending or a brand new start.

Raf’s better half was absent from this episode and for good reason. This episode is built around the characters really finding themselves and exploring their fears. Landon has spent the entire season doing just that so it makes sense that he would be absent. Hope on the other hand is coming to the realization that Landon and herself might end up being Star-Crossed Lovers. The Vampire Diaries universe has a way of creating tangled romantic webs that makes for good TV; Damon and Elena, Stefan and Elena,  to mention a few. And now we get to see the same on Legacies

Dorian and Emma finally left. Both beautiful and very much un-eternal they have decided to take a break from the every day life of monster hunting and supernatural breeding. With their very close calls to death in this season, I am truly happy for them. I will miss them on the show however. I am really excited to see their replacements. Meanwhile, whatever is going on with Jade and Josie doesn’t seem right.

“Don’t look at me like that MG, every super squad needs a super villain”.  This was perhaps the most impressive line this season. It was also Josie’s parting words as she lifted the earth out of her cell and left the school with a trail of fire behind her.

A few questions, What is really going on with Raf and The Necromancer? What will Dark Josie do between now and the Merge? When are we going to give Hope some befitting screen time and story arch? Where is the Sheriff and her Kids?

Let me know your thoughts on this episode and what you think they could have done better.